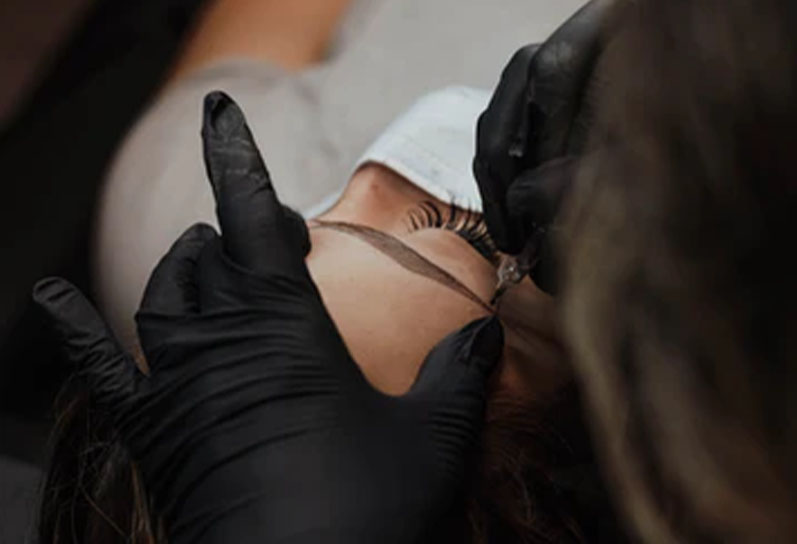 The eyebrow plays a significant role in the aesthetics of the face. The shape, fullness, and symmetry of brows all work together to highlight the eyes and frames the upper face.

Microblading is a very popular eyebrow enhancement technique that improves the shape, definition, and thickness of the brows.

Microblading is performed using a specialized blade with serrations for creating very fine strokes that mimic the natural eyebrow. In this technique, a skin-friendly dye is used, and the dye gets deposited in the dermal layer of the skin.

Eyebrow tattoos are permanent that fades into odd colors. While the microblading color typically lasts for six months to one year and with simple touch-ups yearly, the results can be maintained. This treatment also gives the flexibility to change.

Is it a painful procedure?

Numbing cream and local anesthesia is applied before the procedure, so it’s not a painful procedure.

Can I cover a tattoo with microblading as my tattoo color is fading into odd colors?

Yes, microblading can cover up the fading tattoos.

What complications can occur?

As it is a surgical procedure, an infection can occur if not done under sterile conditions.

Scars to Fade Out